Christ among the Dragons: Engaging with culture 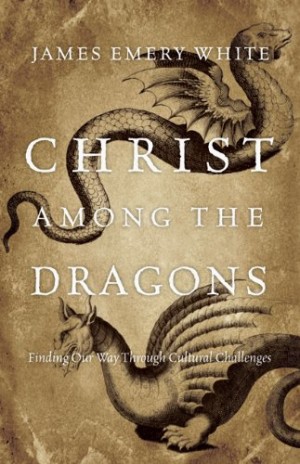 In today’s culture where Christ is seen as irrelevant and so much of the population do not go to church and have never been to church, it is more important that ever to examine the what the local church is doing to connect with the surrounding society. Simply doing what has always been done, and what worked in the era of Christendom probably won’t work now. People are not going to come to church unless they hear or experience something that is going to be of benefit to them.

Yet is is all too easy to take several steps too far over the line of the culture of society and forget what is uniquely Christian about the church, or worse still, forget about the gospel message itself. James Emery White is the pastor of a church in North Carolina and works at a leading seminary in the US. All the churches he has pastored he has insisted become very outward looking. It was former Archbishop of Canterbury William Temple who said that the church was the only organisation that exists for the benefit of its non-members. Whilst White doesn’t quote this, his book Christ Among the Dragons is true to the spirit of it.

But the bulk of the book is about remaining faithful to the gospel whilst connecting with the culture. His chapters on truth and orthodoxy are right up this line of thinking. Don’t confuse truth with the pervading message of our times – truthiness.

Truth leads us to the Jesus of the Bible and our response to him. Truthiness allows us to take Jesus for who or what we please. And if we value truth, we need doctrine.

If these are at the heart of the faith, how then do Christians engage with the culture around? White argues that throughout the ages, Christians have traditionally done it in one of four ways. First, by retreating from culture. Christians today and in the past have built up little enclaves where they can feel safe from the challenges of the world around. Today, this is often in the form of a parallel Christian culture which delivers all the things that contemporary culture gives – education, work, movies, books, sports clubs, holidays. A Christian can live their live without ever having to worry about things that might challenge them. The question is, how are we to be a blessing to the world if we do not connect with it?

Secondly, Christianity has sought to revive culture – that is to change it, often waiting for great works of the Spirit to help them along, such as the Welsh Revival of the early 20th century, the Great Awakening of Jonathan Edwards in colonial America. This, White claims, is often views as a passive approach which mostly involves waiting but not doing.

Third, many try to recapture the culture, by setting up political interest groups to lobby and fight for ‘a return to family values’ or some such thing. This, as the 1980s and 90s have shown in the US leads to partisan culture wars that are neither effective in their ends or Christian in their character. “The culture wars of the 1980s and 1990s is now widely viewed as one of the more distasteful episodes in recent memory.”

Fourth,  the Christian can reflect culture. Rather than try to take it over, we reflect the values in order to build bridges of understanding and relationship. This has led to some great ministries but the temptation is always there simply to mirror what is happening rather than reflect with the values and intent of Christ to reach into and transform it.

White believes that the above four are all lacking, and the best bits of each should be taken in an attempt to renew the culture.

Our goal is not cultural transformation as much as it is personal obedience and service… Neither Jesus or Paul seemed particularly concerned about addressing the immediate and most obvious cultural challenges of the Roman Empire. He did not seem as interested in altering that kingdom as much as ushering in an altogether new one, and he as much as told Pilate, when questioned, exactly that.

We are to be witnesses; we are to make disciples we are to do justice, love mercy, feed the hungry and care for the widow and orphan… We are called to be present in the culture as salt. Which, of course, can and often should lead to transformation, bit more to he point, it can lead to renewal.

Being salt, involves presenting and living for what is true, good, and beautiful. Those are the things that are compelling.

In the rest of the book, White goes on to highlight other characteristics of the Christian church vital for effective mission (and obedient discipleship), which include unity, purpose. He also is clear about the need to plainly explain the gospel and invite people to respond. If this is a message which is true, it is worth repeating through word and action.

Christ among the Dragons is thoroughly recommended, not as a ‘how to’ manual, but to remind us of the basics and background as we seek to make a difference for Christ in the world.